You are here: Home / Archives for Google Street View 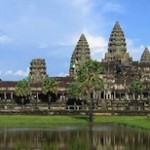 Google announced that it has counted the number of houses in Germany which have decided to opt-out of Google Street view. Google’ s Street View project ran in to tough privacy laws in Germany during their quest to map everything. In April 2009, Google offered people in Germany to ask to blur their houses on […]

Google announced in its blog that Google has added Brazil, Ireland, and Antarctica. With these three additions, now one can explore in all seven continents. Google launched Street View in the 2007 summer, with just five US cities; San Francisco, New York, Las Vegas, Miami, and Denver. With in three years, Google Street View has […]

Google dropped its own privacy bombshell, as if Facebook’s privacy imbroglio is not enough for us to deal with. Google in its blog today admitted that it mistakenly collected personal data during its Street View project from unencrypted wireless networks. As part of the Google Street View project, Google cars collects, photos, local Wi-Fi data, […]